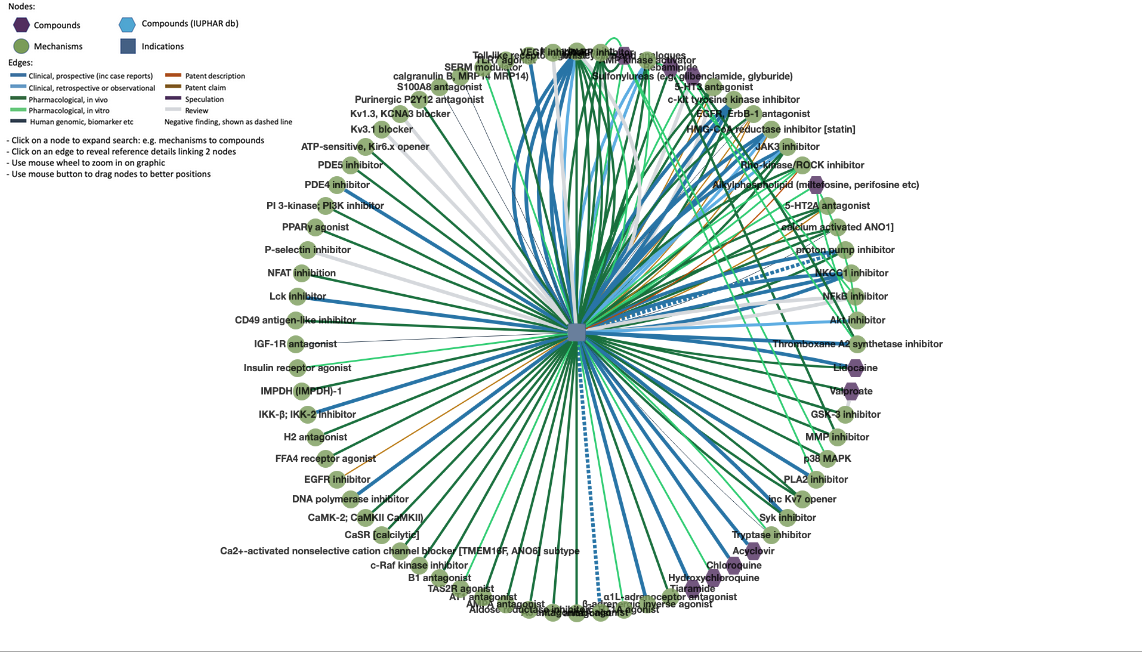 Repurposing links for treatment of asthma 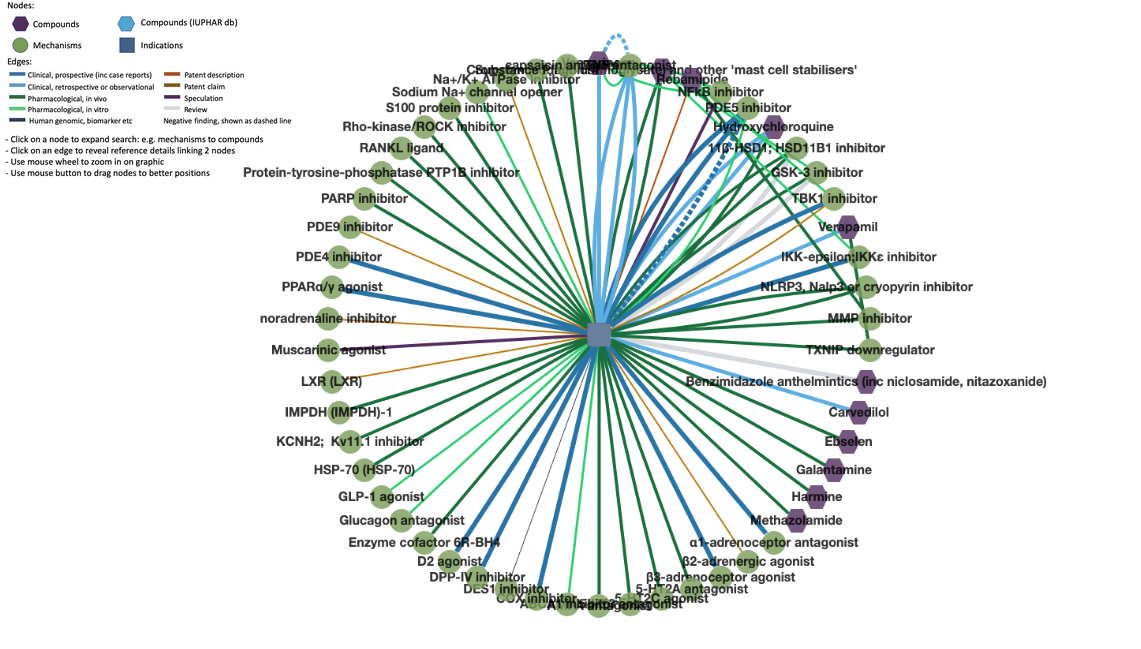 Chemical classes and mechanisms for repurposing in Type II diabetes 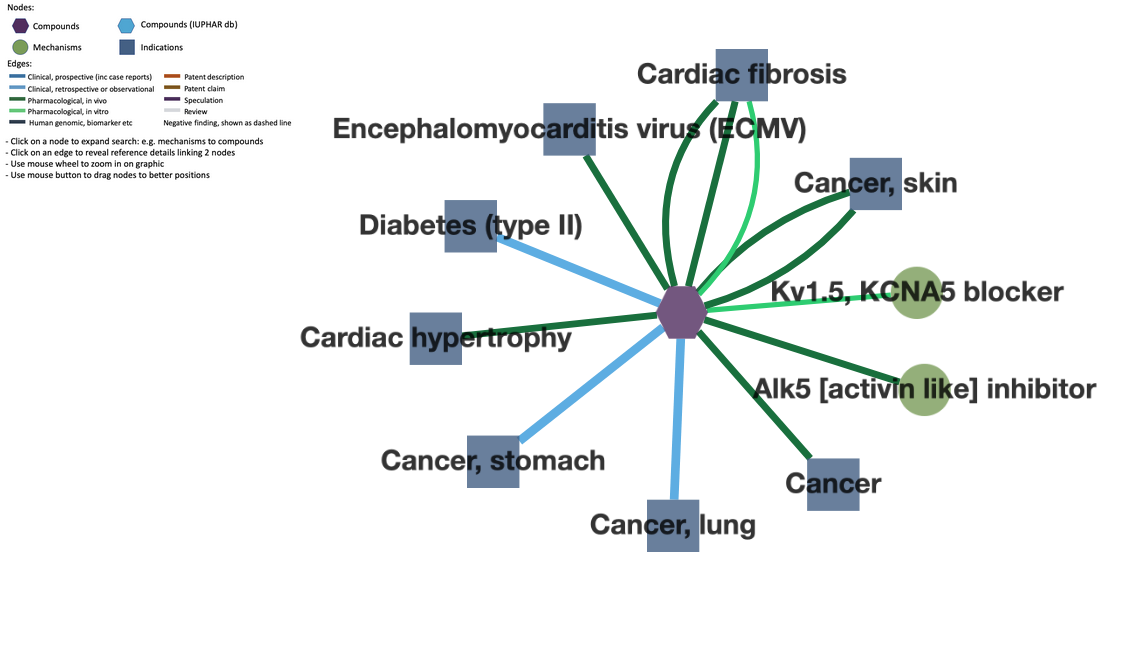 Potential indications and mechanisms for carvedilol 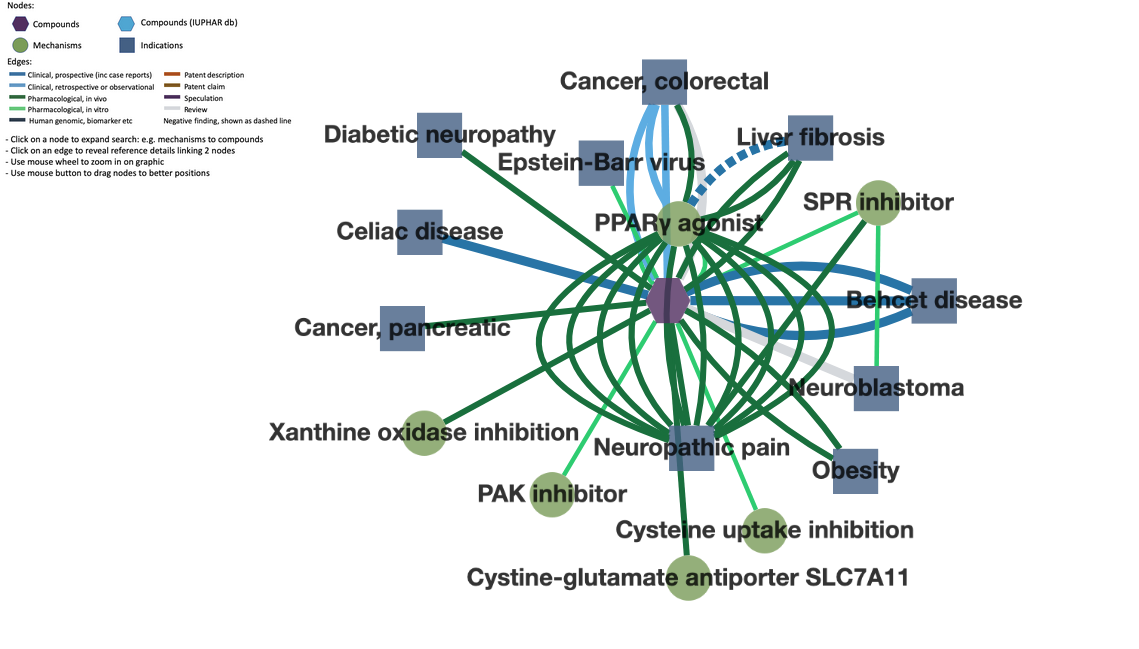 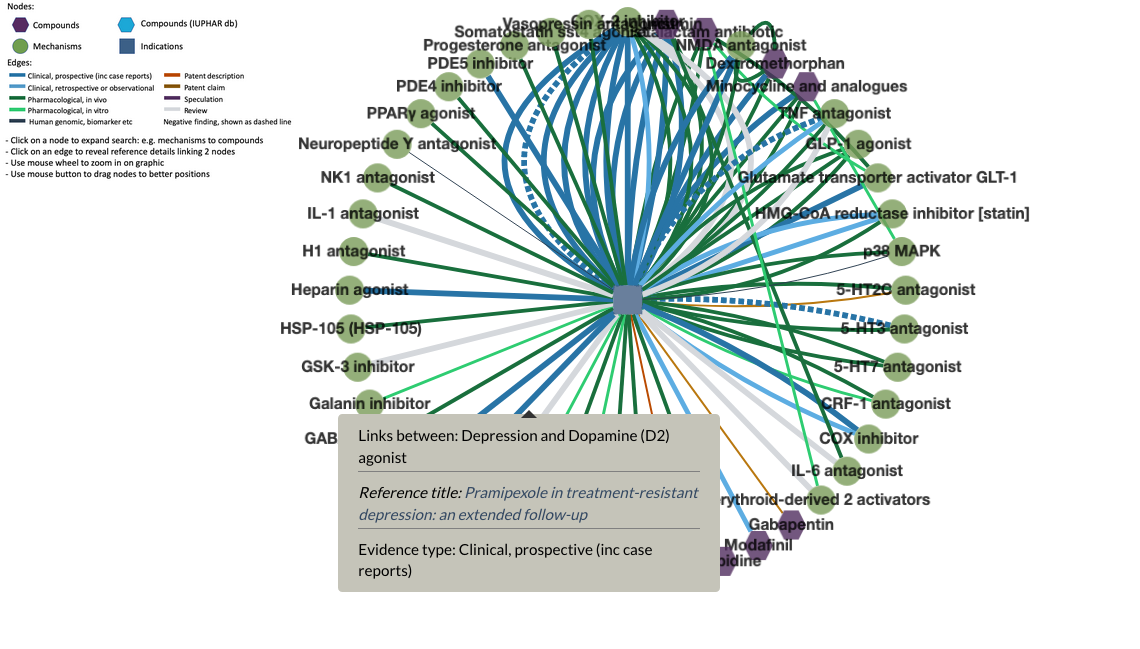 Repurposing in depression: click on edges for literature reference pop-ups

DrugRepurposing Online is a proprietary database, created by Numedicus, for finding new uses for existing compounds, containing both existing and abandoned drugs. Importantly, it is differentiated from other attempts to link molecules, targets and diseases, by focussing functional, experimentally validated content. On-line access for registered users to this search engine for finding secondary uses for such compounds is available through this portal.

There are various levels of access, both free (restricted) and premium; the latter is available either by paying or by contributing. Users can add new examples of drug repurposing and receive rewards which may be used to offset — either in part, or in full — subscriptions to the database. In this way, DrugRepurposing Online is a community of like-minded investigators, and also a gold standard crowdsourced resource for this most efficient and attractive strategy for medicinal innovation. 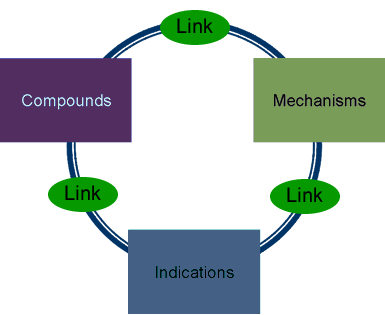 The database is populated with 4670 literature references, of which 1037 derive from prospective clinical studies or case reports, 234 from retrospective or case control analyses, 2046 are from pharmacological in vivo studies and 485 are from patents. The rest are in vitro studies or genomic associations.

The original Drugrepurposing Online database has recently been supplemented with access to information from the Guide to Pharmacology database (under a Creative Commons Attribution-ShareAlike 4.0 International License). Through this integration, Drugrepurposing Online has been supplemented with 9859 compounds (albeit, there is some overlap with existing information), and 19082 new interactions between compounds and mechanisms. 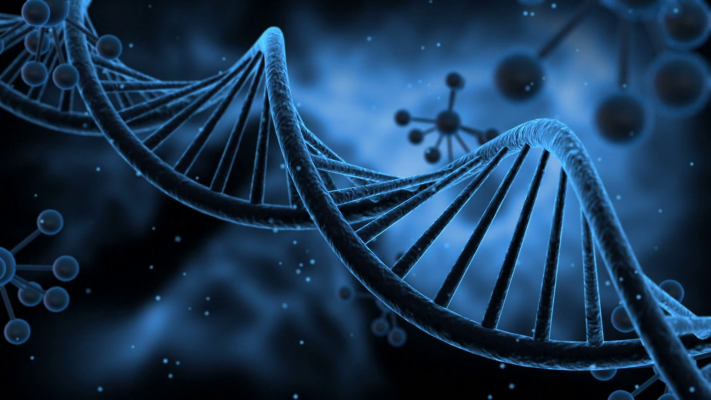 Drug repurposing patents: turning the obvious into the non-obvious

Drug repurposing, the development of new uses for existing drugs, is based significantly on method of use patents. That much is obvious. But for these patent applications to be granted, [...] 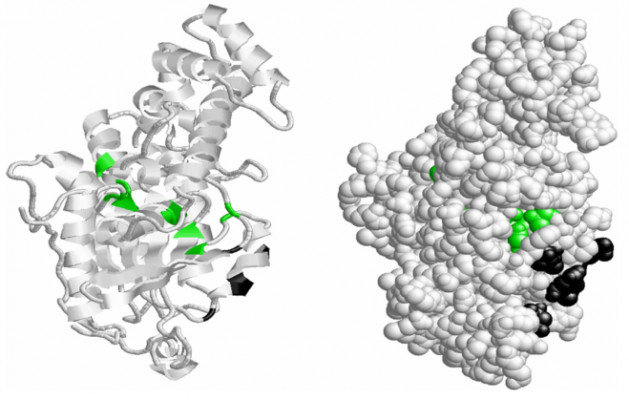 How is DrugRepurposing Online different from other, similar databases?

There have been recent developments in databases of value to drug repurposing like ChemBL and DrugBank. These are vast, free sources of information that repurposing can benefit from. But Drug [...] 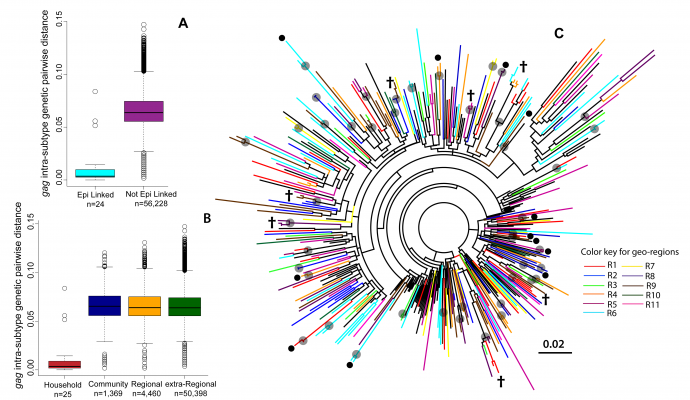 While the effort to modify Alzheimer disease pathology by reducing the production of beta amyloid protein has largely been ineffective, there is a range of evidence that a widely used [...] 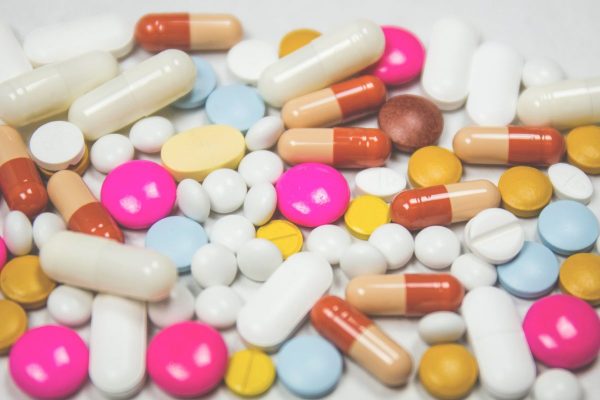 A variety of observational studies have been performed with respect to glioblastoma multiforme, the most lethal form of brain cancer, and the use of sodium valproate, an antiepileptic drug. Patients [...] 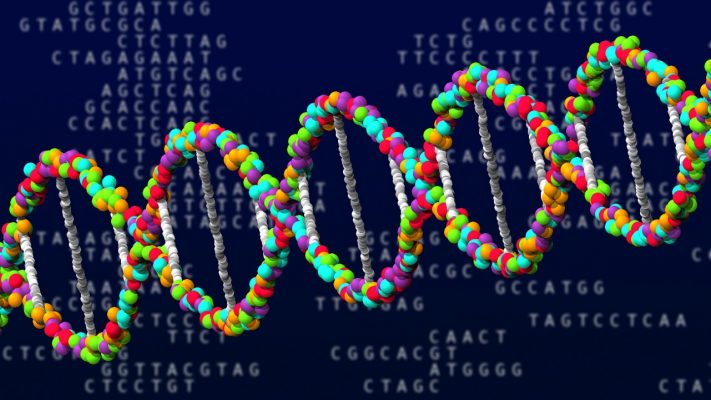 In a recent analysis of the economics of pharmaceutical innovation, Grabowski and DiMasi calculated that out-of-pocket costs for a new chemical entity (NCE) were $1.395bn, compared to the costs for [...] 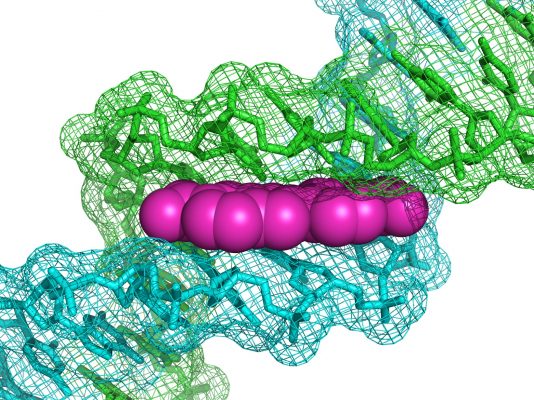 The antidiabetic sulfonylureas, which inhibit ATP-sensitive K+ (KATP) channels in pancreatic beta cells and stimulate insulin release in diabetes mellitus, mediate their effect on KATP channels via a high-affinity sulfonylurea [...]